Oh, hey there, gurl, were you looking for the Queen? You just missed her. In fact, you’re about 100 years too late. But not to worry, because tonight we dim the lights, howl at the sound system and party until we shake the rafters and raise the dead. Tonight, we conjure up some sticky, sweaty unholy happenings. Tonight is the invocation of East London’s sassiest spirit, the ghost of Sarah Lane, otherwise known as the Queen of Hoxton.

Sarah Lane was the manager of The Britannia Theatre in Hoxton from 1845 until her death in 1899.

She was a Jill of all Trades: performing, singing, and writing her own plays and showing sister solidarity by presenting plays of at least six female writers. Once every year, she threw an annual benefit night – a giant street party and festival – for the local underprivileged. Imagine, if you will: on this night, around six o’clock, The Britannia Theatre would open its doors to reveal colourful acrobatics, songs, and dances. Ushers staggered around the crowd carrying a mouth-watering selection of sandwiches, fried fish and hot saveloys, while others carried a wide belt around their waist, divided into compartments for porter and ale with actual taps for pouring. Who doesn’t love a good drink and dance with friends?

When the curtain finally went up, there was our gal, Sarah Lane, crowned affectionately by locals as “The Queen of Hoxton”, surrounded by her troupe of local indigent performers. She presented each of them with a gift, and the audience threw bouquets of meats, boots, and clothing (yup – basically, anything they needed). The audience then dispersed around midnight, tired but happy.

Legend has it that when Sarah Lane died, more than five thousand locals lined the streets of Hoxton to watch her coffin procession. But, some say her Queen of Hoxton spirit still haunts these streets.

So, grab your highest heels, biggest wigs, sparkliest eco-friendly-recyclable-vegan-generally-good glitter and raise a drink or seven to Sarah Lane, serving badass Queen of Hoxton realness since 1845. 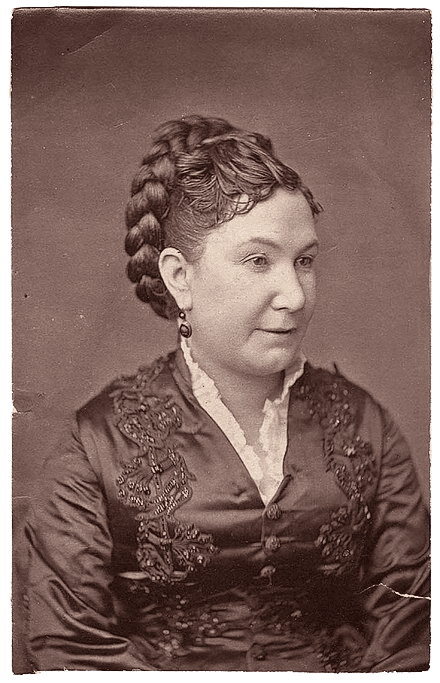 We are taking a little break for housekeeping and will be back on Friday 10th Feb!

We miss you, lots of love, QoH Xx

This website uses cookies to improve your experience while you navigate through the website. Out of these, the cookies that are categorized as necessary are stored on your browser as they are essential for the working of basic functionalities of the website. We also use third-party cookies that help us analyze and understand how you use this website. These cookies will be stored in your browser only with your consent. You also have the option to opt-out of these cookies. But opting out of some of these cookies may affect your browsing experience.
Necessary Always Enabled
Necessary cookies are absolutely essential for the website to function properly. These cookies ensure basic functionalities and security features of the website, anonymously.
Functional
Functional cookies help to perform certain functionalities like sharing the content of the website on social media platforms, collect feedbacks, and other third-party features.
Performance
Performance cookies are used to understand and analyze the key performance indexes of the website which helps in delivering a better user experience for the visitors.
Analytics
Analytical cookies are used to understand how visitors interact with the website. These cookies help provide information on metrics the number of visitors, bounce rate, traffic source, etc.
Advertisement
Advertisement cookies are used to provide visitors with relevant ads and marketing campaigns. These cookies track visitors across websites and collect information to provide customized ads.
Others
Other uncategorized cookies are those that are being analyzed and have not been classified into a category as yet.
SAVE & ACCEPT